Michele Barry, MD, FACP is the Senior Associate Dean for Global Health and Director of the Center for Innovation in Global Health in the Stanford School of Medicine. As Director of the Yale/Stanford Johnson and Johnson Global Health Scholar Award program, she has sent over 1000 physicians overseas to underserved areas to help strengthen health infrastructure in low resource settings. As a past President of the American Society of Tropical Medicine and Hygiene, she led an educational initiative in tropical medicine and travelers health which culminated in diploma courses in tropical medicine both in the U.S. and overseas, as well as a U.S. certification exam. Dr. Barry is an elected member of the Institute of Medicine and National Academy of Science and is past-Chair of the Interest Group on Global Health, Infectious Diseases and Microbiology at the IOM. She has been listed in Best Doctors in America and serves on the Board of Directors of the Bill and Melinda Gates funded Consortium of Universities involved in Global Health (CUGH) and the Foundation of the Advancement of International Education (FAIMER). 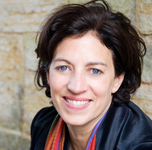 Jo Boaler is a Professor of Mathematics Education of the Stanford Graduate School of Education, CEO & Founder of the math education resources nonprofit Youcubed, Research Commentary Editor for the Journal for Research in Mathematics education, and author of seven books.

Martha Crenshaw is a Senior Fellow at the Center for International Security and Cooperation (CISAC) and the Freeman Spogli Institute for International Studies, as well as Professor of Political Science by courtesy. She is also Professor of Government Emerita at Wesleyan University, where she taught from 1974 to 2007. She is a lead investigator with the National Center for the Study of Terrorism and the Response to Terrorism (NC-START) at the University of Maryland, funded by the Department of Homeland Security. In 2009 the National Science Foundation/Department of Defense Minerva Initiative awarded her a grant for research on “mapping terrorist organizations”. Explaining Terrorism, a collection of her published work since 1972, was published by Routledge in 2011. Recent research projects include work on whether non-state terrorism can be deterred by threats of retaliation, and analysis of failed and foiled terrorist plots against the U.S. and its allies. 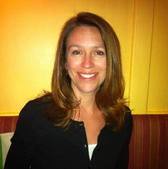 During her first eight years at Stanford, Patti Hanlon-Baker taught in the Program in Writing & Rhetoric, and there her courses focused on education equity, gender politics, and political rhetoric. As a writing teacher, Patti values how students explore the power of language and become savvier rhetoricians.  During those years, she occasionally taught courses in FGSS, and in April 2013 she accepted the position Associate Director.

Her research interests center on how feminist critiques reveal the ways in which various discourses influence perceptions and expectations of women’s pregnancies and births. She is currently completing an article on how popular descriptions of pregnant bodies influence women’s perceptions of "fit bodies" and balanced nutrition during pregnancy.

Laura DeKraker Lang-Ree received her BA from the University of California at Los Angeles in 1988, and an MA in theater from San Jose State University in 1995, where she was presented with the Hugh Gillis award for excellence in directing. As Director of Performing Arts at The Harker School, she oversees a comprehensive K-12 Conservatory which provides curriculum in theater, technical theater, dance, instrumental, vocal music and musical theater and offers a certificate of completion for students choosing to major in an arts discipline. She leads 17 full-time arts educators who in turn reach more than 960 performing arts students, collaborating to produce more than 80 productions a year. At the Upper School, she teaches advanced acting, scene study, directing, co-directs an elite show choir and directs an annual musical. Her productions have been nominated or won in several categories including best ensemble, show and director in the High School Top Honors Program, and those awards earned her musical theater program invitations from the American High School Theatre Festival to perform at the Edinburgh International Fringe Festival in 2007, 2011 and 2015. Performance passions include musical theater, intense dramas and choreography and she has performed in more than 50 musicals as a soprano. Since 2009 she has fronted the LGS Big Band, performing throughout the Bay Area. She enjoys spending time with her husband and three daughters, gardening, and traveling anywhere sunny. 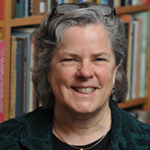 Carol B. Muller is the Executive Director of Stanford WISE Ventures, the founder of a "nonprofit online global mentoring network" called MentorNet, and a Fellow of the Association of Women in Science. 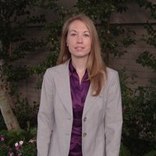 Jennifer Schwartz Poehlmann is a Senior Lecturer and the Introductory Course Coordinator Department of Chemistry. She earned her Ph.D. in Bioinorganic Chemistry from Stanford University, where she found a true love of teaching. She was hired full time as the Introductory Course Coordinator for Chemistry allowing her to follow her passions and continue developing a guided inquiry lab curriculum for the general chemistry program. In addition she has worked with the Vice Provost for Undergraduate Education to create a number of initiatives, such as the Leland Scholars Program (LSP), that help improve student retention in the sciences. Jennifer also leads the Mentors in Teaching program with the Center for Teaching and Learning as well as the ‘Inspiring Future Scientist in Chemistry’ outreach program that promotes science and hands-on-learning with local high schools. For her teaching work, Jennifer has been awarded the Walter G. Gores Award for Excellence in Teaching in 2008, the university's highest teaching honor, as well as the 2012 Humanities & Sciences Dean's Award for Achievements in Teaching, and the Dr. St. Claire Drake Teaching Award. In her free time, Jennifer enjoys many rousing hours of peekaboo and bath time splash fests with her 9 month old son, Marcus, and husband, Flavio.

Marcia Stefanick is a Professor of Medicine for the Stanford Prevention Research Center, a Stanford Cancer Institute Professor by Courtesy, and an Obstetrics and Gynecology Clayman Institute Faculty Research Fellow.

Kathryn Stoner is a Senior Fellow at FSI (Freeman Spogli Institute for International Studies) and CDDRL (Center on Democracy, Development, and the Rule of Law) and Faculty Director of the Ford Dorsey Program in International Policy Studies.
Speakers Bridgette Martin Hard and Allison Okamura will also be participating as mentors.
Powered by