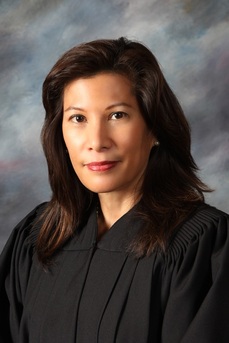 Tani Gorre Cantil-Sakauye, 28th Chief Justice of the State of California
She was appointed to the California Supreme Court by Governor Arnold Schwarzenegger. Following her confirmation hearing and statewide election, she was sworn into office on January 3, 2011 as the first Asian-Filipina-American and the second woman to serve as Chief Justice of California.  She chairs the Judicial Council of California, the administrative policymaking body of state courts, and the Commission on Judicial Appointments.  Chief Justice Cantil-Sakauye served for more than 20 years on California appellate and trial courts before her appointment to the California Supreme Court.  She received her B.A., with honors, from the University of California at Davis, in 1980 and her J.D. from U.C. Davis, School of Law, in 1984. 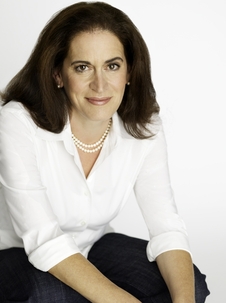 Debora L. Spar, President of Barnard College
She became the seventh president on July 1, 2008. Since her arrival at the College, Spar has been a vocal proponent of women’s education and leadership, spearheading initiatives that include the Athena Center for Leadership Studies, an interdisciplinary center devoted to the theory and practice of women's leadership, and Barnard’s Global Symposium series, an annual gathering of high-profile and accomplished female leaders held each year in a different region of the world. A political scientist by training, Spar’s scholarly research focuses on issues of international political economy. She is the author of numerous books, including Ruling the Waves: Cycles of Invention, Chaos, and Wealth from the Compass to the Internet (2001); The Baby Business: How Money, Science, and Politics Drive the Commerce of Conception (2006); and most recently Wonder Women: Sex, Power, and the Quest for Perfection.
Spar is a graduate of Georgetown University’s School of Foreign Service, and received her doctorate in government from Harvard. She is a member of the Academy of Arts and Sciences and currently serves as a trustee of the Nightingale-Bamford School and a director of Goldman Sachs. Prior to coming to Barnard, Spar was the Spangler Family Professor of Business Administration at Harvard Business School. President Spar is married to Miltos Catomeris, an architect whose specialty is academic, institutional and corporate campuses. They are the parents of three children. 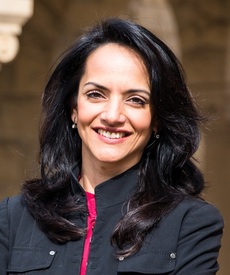 Maya Adam, Lecturer at Stanford University in the Human Biology department
Maya Adam has been teaching at Stanford University since 2009. Her courses on Child Health and Nutrition have been offered through the Program in Human Biology and in Jan. 2014, she accepted a full-time teaching position at the Stanford School of Medicine. In 2013, she began experimenting with the use of massive open online courses to address public health issues, like childhood obesity. Her online course, Stanford Child Nutrition and Cooking, drew the attention of more than 40,000 international students and led to the founding of a non-profit organization, Just Cook for Kids, in the Summer of 2013. Dr. Adam received her BA in Human Biology at Stanford before completing her Medical Degree at the University of British Columbia in Vancouver, Canada. Prior to her post-secondary studies, she spent almost 10 years as a professional ballet dancer in Germany. Now, she is the mother of three young boys and lectures on child health and nutrition at Stanford. She spends her free time trampoline-jumping with the children and cooking for family and friends. She also enjoys writing in her spare time and her work has appeared in The Vancouver Sun, The Globe and Mail and O Magazine. Her nonprofit, Just Cook for Kids, provides nutritional information and ideas for parents. 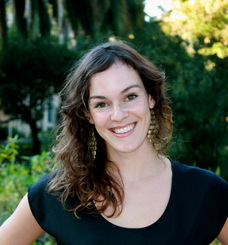 Nicole Baran, Executive Director and Founder of the Center for Relationship Abuse Awareness, Lecturer in the Program of Feminist, Gender and Sexuality Studies at Stanford University, and Executive Director of the Peggy and Jack Baskin Foundation
Nicole founded the Center for Relationship Abuse Awareness, whose mission is to educate and train communities, institutions and young leaders to take collective action against gender violence. Their innovativewebsite, www.stoprelationshipabuse.org has provided professional resources to over 350,000 individuals across 196 countries. In 2006, Nicole successfully partnered with Stanford University to institutionalize a commitment to addressing violence against women on campus.  She managed a five-year grant from the USDOJ Office on Violence Against Women and was instrumental in implementing Stanford’s first Office on Sexual Assault and Relationship Abuse. She has been teaching in the Feminist Studies Program at Stanford University since 2007 after developing FEMST138/238 Violence Against Women: Theory, Issues and Prevention. She hasdelivered over 300 customized workshops, locally and nationwide, to organizations such as Kaiser Permanente, the San Francisco Bar Association, the Family Violence Prevention Fund, and CPEDV, California’s State Domestic Violence Coalition. Nicole is also the Executive Director of the Peggy and JackBaskin Foundation, which funds and creates innovative strategies for eliminating obstacles facing marginalized segments of our society, with an emphasis on empowering girls and women and promoting educational equality. She created the infrastructure and established the direction of the foundation since its inception and became the first Executive Director in 2009. Nicolereceived her BA and MA in English from Stanford University and a Masters in Social Work from Washington University in St. Louis, with a specialization in management and a focus on women’s studies. 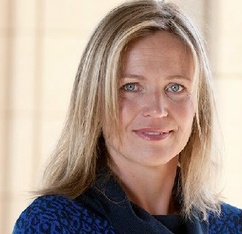 Margot Gerritsen,  Director of the Institute for Computational and Mathematical Engineering
She was born and raised in the Netherlands, but left the country in search of hillier and sunnier places. After spending some time in various places in Northern Europe, Colorado and Georgia, she ended up at Stanford for her Ph.D. After completion in 1997, she moved to New Zealand and back to Stanford in 2001. She is now a professor in the Department of Energy Resources Engineering at Stanford, interested in computer simulation and mathematical analysis of engineering processes, and director of the Institute for Computational and Mathematical Engineering. She specializes in renewable and fossil energy production. She is also active in coastal ocean dynamics and yacht design, as well as several areas in computational mathematics including search algorithm design and matrix computations. Apart from research, she enjoys teaching and thinking about energy issues. Outside academia, she loves the outdoors, music, writing, reading, horse back riding, motorcycling, scuba, yoga, arts and travel with her son. 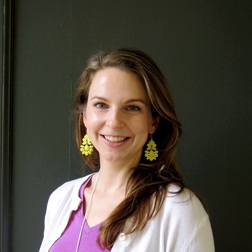 Bridgette Martin Hard, Psych 1 Coordinator at Stanford University
She has a PhD in cognitive psychology from Stanford, and is a self-proclaimed "teaching nerd" who loves to use her knowledge of psychology to craft educational environments. She is the Coordinator for Stanford’s Psychology One Program, where she oversees the curriculum for introductory psychology each quarter, working closely with the faculty to design lectures and exams, and trains and mentors 18 graduate and undergraduate teaching fellows that lead discussion sections for the course. For her work with the Psychology One Program, Bridgette was awarded the Lloyd W. Dinkelspiel Award for distinctive contributions to undergraduate education in 2012.  In addition to teaching introductory psychology, she has taught courses in cognitive neuroscience, social cognition, cognitive development, and evolutionary psychology. She also consults for an introductory psychology textbook and teaches several group exercise classes with Stanford's Health Improvement Program. Her two adventurous daughters, aged 2 and 5, love that their mom teaches the "really big kids" and occasionally make guest appearances in her psychology courses. 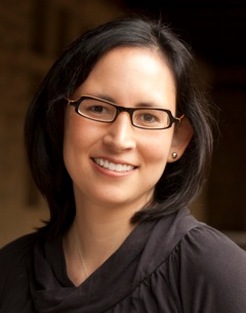 Allison Okamura, Associate Professor in the Stanford Mechanical Engineering Department
She received the BS degree from the University of California at Berkeley in 1994, and the MS and PhD degrees from Stanford University in 1996 and 2000, respectively, all in mechanical engineering. She is currently Associate Professor in the mechanical engineering department at Stanford University. She was previously Professor and Vice Chair of mechanical engineering at Johns Hopkins University. She has been an associate editor of the IEEE Transactions on Haptics, editor-in-chief of the IEEE International Conference on Robotics and Automation Conference Editorial Board, and co-chair of the IEEE Haptics Symposium. Her awards include the 2009 IEEE Technical Committee on Haptics Early Career Award, the 2005 IEEE Robotics and Automation Society Early Academic Career Award, and the 2004 NSF CAREER Award. She is an IEEE Fellow. Her academic interests include haptics, teleoperation, virtual environments and simulators, medical robotics, neuromechanics and rehabilitation, prosthetics, and engineering education. Outside academia, she enjoys spending time with her husband and two children, running, and playing ice hockey.
Powered by